This lecture will present the major findings by a team of scholars about the history of Hasidism, from its origins in the mid-eighteenth century to the present day.  This pietistic movement started in a remote corner of the Polish-Lithuanian Commonwealth, but, by the nineteenth and twentieth centuries, it became a central actor on the stage of modern Jewish history.  Despite predictions of its demise after the Holocaust, Hasidism today has around three-quarter of a million followers and continues to fascinate Jews and non-Jews alike. 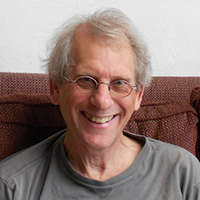 David Biale is the Emanuel Ringelblum Distinguished Professor of Jewish History at UC Davis, with interests that range across the 3,000-year span of that subject. He is currently the Director of the Jewish Studies Program. His research is broadly in the areas of Jewish intellectual and cultural history. He has written on the historian Gershom Scholem, as well as on themes of power, sexuality, blood and secularization in Jewish history. His current project is as director of an international team writing the first history of Hasidism.