Recently, the UNC-Chapel Hill community, like others across the United States, has experienced painful incidents of racism, antisemitism, and Islamophobia, leading to increased feelings of fear and vulnerability on campus. In addition, less visible forms of racism permeate our everyday lives and inform the structures within which we live and work.

In response, the College of Arts & Sciences seeks programming and curricula that can draw audiences from across our community and create new understanding of these troubling phenomena. Among the questions to consider: What developments and conditions lead the rise of hate groups and acts of violence? What do racism, antisemitism, Islamophobia, and anti-immigrant sentiments share? What can we as a community do to effectively address manifestations of these sentiments when they arise? As the College learns from this initiative, it will look to support other faculty and College units allied to this purpose and confronting still other forms of hate. In this attention to confronting new threats to vulnerable groups, including those of us who are LGBTQIA, the College commits to fostering new possibilities for community on campus and beyond.

The Countering Hate programming initiative will host a variety of lectures and events throughout the 2019-20 academic year.

Signature Event: A lecture by Ken Stern, director of the Bard Center for the Study of Hate

Author and attorney Kenneth S. Stern has argued before the U.S. Supreme Court and testified before Congress. He was an invited presenter at the White House Conference on Hate Crimes and an official member of the U.S. delegation to the Stockholm International Forum on Combating Intolerance. 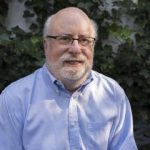 For 25 years he was the American Jewish Committee’s expert on antisemitism. He was the lead drafter of the “Working Definition of Antisemitism,” later adopted by the U.S. State Department. Since 2018, he has been the director of the Bard Center for the Study of Hate at Bard College.

Mr. Stern’s op-eds have appeared in the New York Times, Washington Post, USA Today, The Forward, the Jewish Telegraphic Agency and elsewhere. He has appeared on the CBS Evening News, Dateline, Good Morning America, Face the Nation, the History Channel, PBS, and on NPR’s Fresh Air and All Things Considered.