‘The Jews as a Class’: Between Race and Religion in the Civil War South 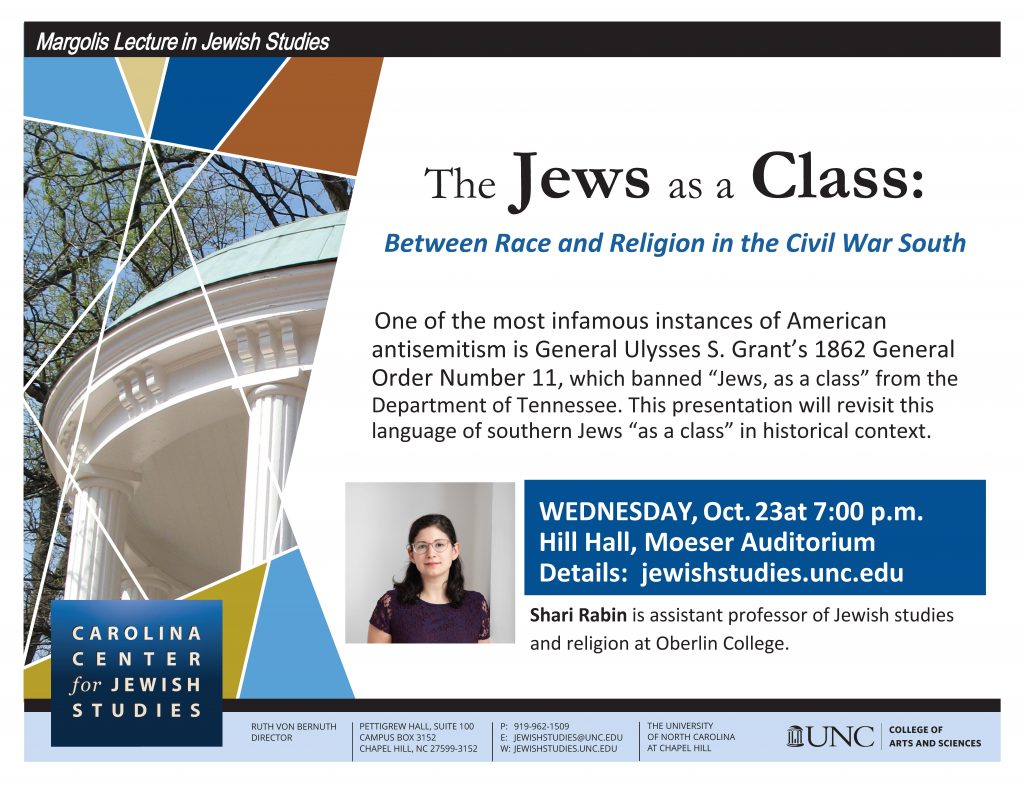 One of the most infamous instances of American antisemitism is General Ulysses S. Grant’s 1862 General Order Number 11, which banned “Jews, as a class” from the Department of Tennessee. This presentation will revisit this language of southern Jews “as a class” in historical context, showing how Jews and non-Jews alike struggled to categorize Jews in a region – and a nation – dominated by Protestant religion and a rigid racial binary.

Shari Rabin is assistant professor of Jewish studies and religion at Oberlin College.