What Might We Remember on Holocaust Remembrance Day?  A Historian’s Reflections

The injunction to commemorate or to remember a historical event leaves open the question of what precisely should be remembered. In the case of the Nazi Holocaust of European Jewry, the injunction usually implies that those who remember something about it are more likely to be on guard against its recurrence than those who carry no such memory, but what that something might be has never been spelled out. In this lecture a veteran historian of the Nazi Holocaust will examine aspects of the historical situation in which the Holocaust took place and will explore the ways in which understanding those aspects may help guide policymakers concerned with preventing similar catastrophes in the future.

David Engel is Greenberg Professor of Holocaust Studies, Professor and Chair of Hebrew and Judaic Studies, and Professor of History at New York University. Professor Engel is the author of six books on aspects of twentieth-century Jewish history and historiography, including: In the Shadow of Auschwitz; Facing a Holocaust; and, most recently, Historians of the Jews and the Holocaust. 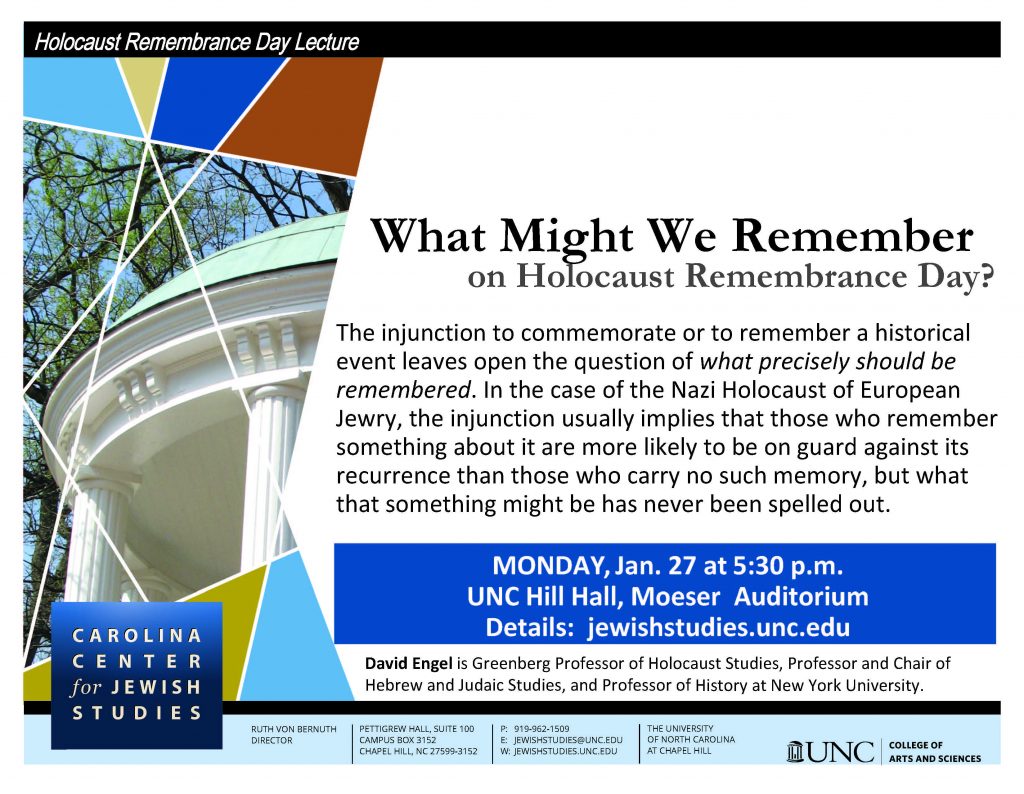