Check out the Jewish Studies courses offered in fall 2021, including: Archaeology of Qumran and the Dead Sea Scrolls, Jewish Belongings: Material Culture of the Jewish Experience, and the Jewish Studies Capstone Course, plus numerous classical Hebrew and modern Hebrew language classes. View all the JWST fall2021 course offerings. Capstone Information: 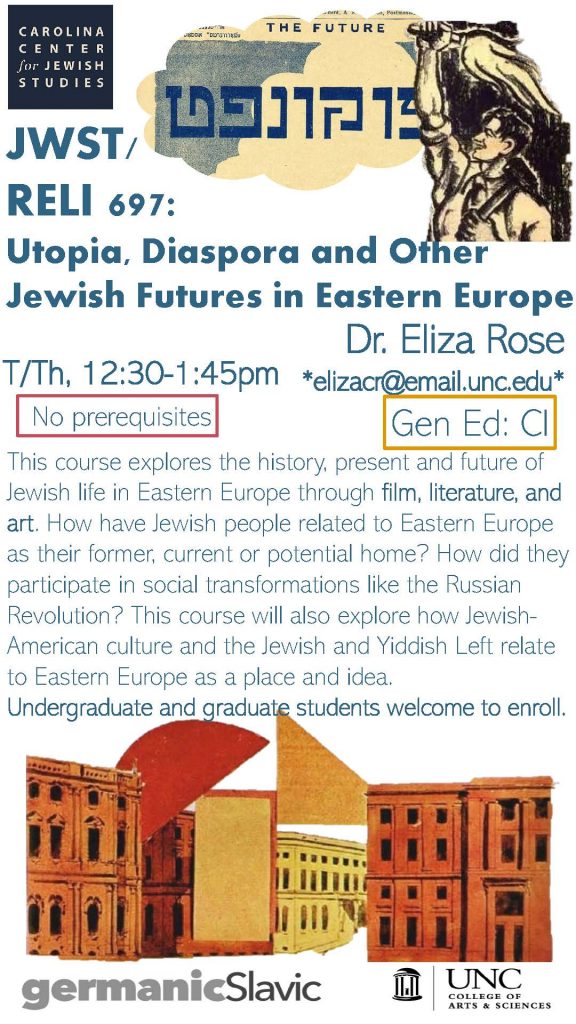 Utopia, Diaspora and Other Jewish Futures

This course explores visions of Eastern Europe as a potential or realized home for the Jewish people. Rather than repeat the story of Jewish emigration from Eastern Europe, we will investigate scenarios of Jewish presence and return. Course materials drawing from art, literature, and film tour us through Jewish futures imagined in the past and present by anarchists, Marxists, dissidents, and artists. We will reflect on the Jewish concept of tikkun olam (the repairing of the world) by exploring Jewish participation in social transformations of the twentieth century. We will then turn to the Yiddish cultural revival today and contemporary Jewish culture that invokes traditions of twentieth-century Jewish thought. Films with English subtitles; readings and discussions in English.