The Zoom link will be sent via Eventbrite to registered guests a couple days prior to the lecture, and re-sent again the afternoon of the event.

A Curious Daughter: The Excess of Reading and Desire in Karl Emil Franzos’s “The Shylock of Barnow” (1877)
From Yiddish theater of the late 18th century to Sholem Aleichem’s Tevye stories to Deborah Feldman’s Unorthodox, Jewish daughters leaving the fold are often at the center of Jewish literature negotiating the tensions between religious tradition and modernity. This project considers the figure of the rebellious Jewish daughter in modern European Jewish literature, focusing on German Jewish and Yiddish works, and identifies a dual, interrelated fixation with both her romantic and intellectual desire. The talk examines the roles of reading and desire in one case study, “The Shylock of Barnow” by Galician author Karl Emil Franzos (1847–1904). In this text, secular literature is both a gateway toward the daughter’s emancipation and a means of undermining her pursuits. The notion of partial Bildung and unrestrained reading mark an anxiety toward the attainment of bourgeois respectability and a German cultural ideal. 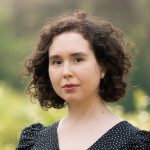 Lea H. Greenberg is a Visiting Assistant Professor of German and European Studies at Knox College in Galesburg, IL. She received her Ph.D. in 2021 from the Carolina-Duke Graduate Program in German Studies. 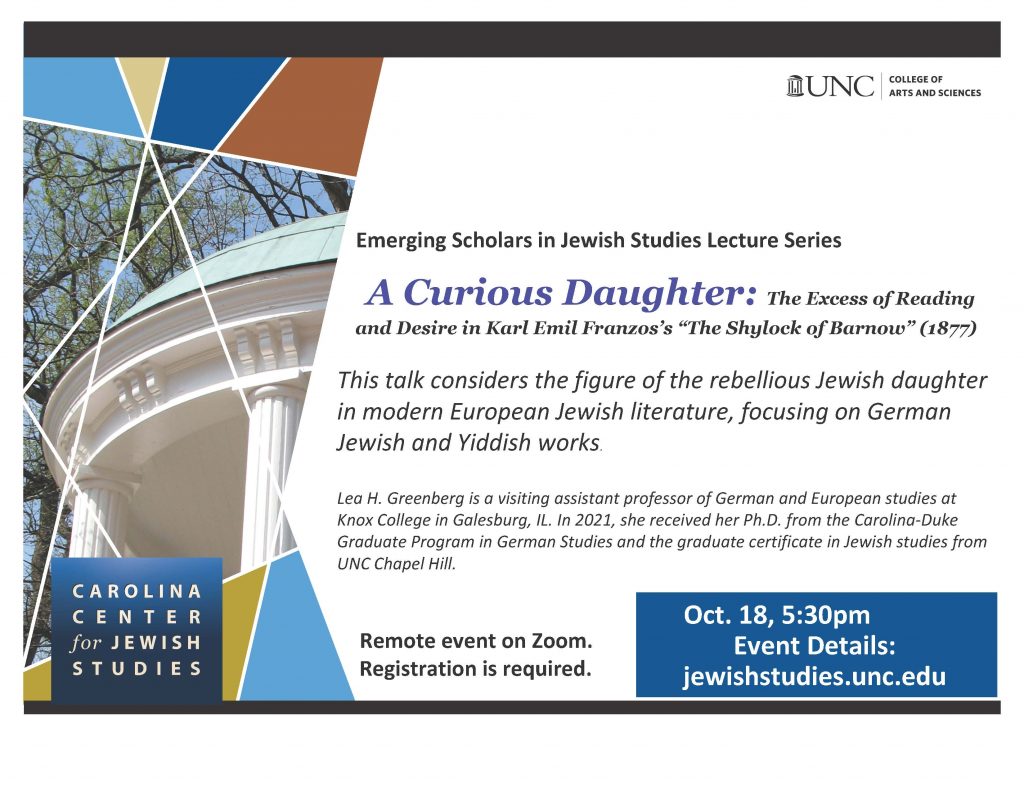