Online Zoom event. Free and open to the public, registration required on our Eventbrite site. https://egyptianjewishoracles.eventbrite.com

The Eventbrite system will email the Zoom link starting a few days before the event and again the afternoon of the event. Please check your spam/junk folders for these emails. Contact us at jewishstudies@unc.edu if you have any questions. This event will not be recorded.

This lecture assesses a collection of overlooked Hellenistic Jewish oracles as prophetic reactions to moments of crisis experienced by Roman Egypt’s Jewish population. These oracles, so-called the Sibylline Oracles, are written in Greek and are attributed to a traditionally pagan prophetess, known as the Sibyl. In analyzing this corpus, I take an approach informed by postcolonial and post-structural theories to illustrate the subversive and creative potential of the various prophetic expressions found in each text. These oracles reinterpret earlier oracular material to reconstruct Mediterranean history and decipher the fate of both Jews and pagans. In this lecture, I advance the idea that the Jewish Sibyl reimagines the calamities of the first and second centuries CE, such as the loss of the Jerusalem temple and the failed Jewish revolts, in ways that affirm the Jewish God’s continued provenance, while also accurately predicting continued violence as a result of cultural contact. By doing so, the Sibyl frames these crises in a larger historical framework of violent cultural interactions. 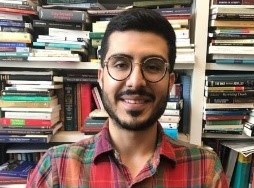 Miguel M. Vargas is a doctoral candidate in the Department of Religious Studies at the University of North Carolina at Chapel Hill. At UNC, his research focuses on Second Temple and diaspora Judaism, Jewish responses to the Hellenistic Kingdoms and the Roman Empire, and Greco-Roman religions. His dissertation analyzes the long history and diverse culture of Egypt’s Jewish communities by means of their prophetic literature. In addition to his work at Carolina, he has participated in seminars at Duke, the Polis Institute of Humanities and Languages in Jerusalem, and the Royal Netherlands Institute in Rome. He recently published an article that analyzes Oracula Sibyllina 4 as a “minor-“example of crisis-response literature in the Roman Empire, and he is co-authoring another on the Jewish Diaspora Revolt of the second century CE. Miguel holds the Center’s Dissertation Completion Fellowship for this academic year. 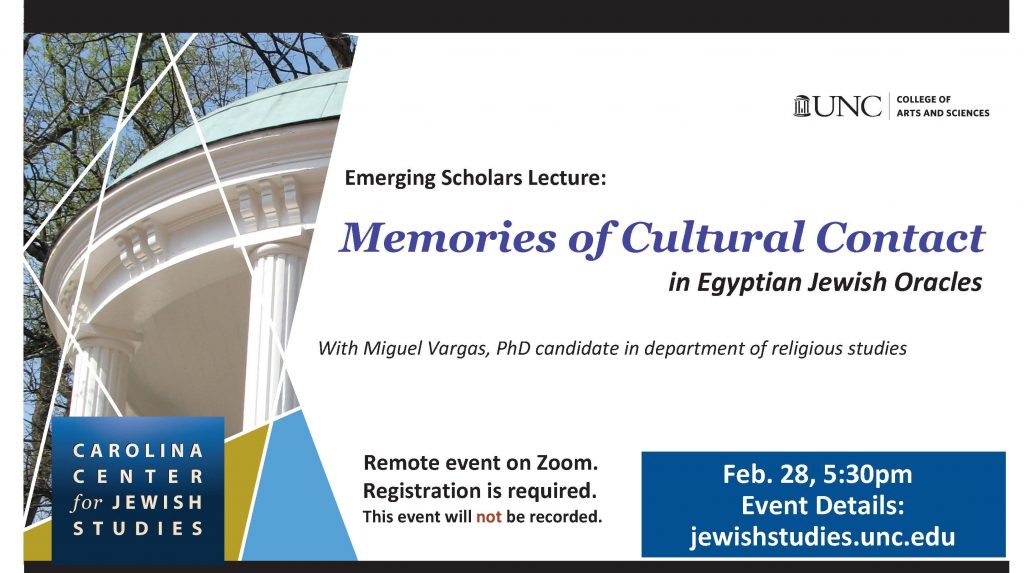