During archaeological excavations in Israel/Palestine over the last century, fifty-seven separate coin hoards have been found in ancient synagogue buildings dated to Late Antiquity (300-700 CE). This talk provides an overview of these deposits and lays out the separate functions these hoards could have had within the Jewish communities of Late Antiquity. By analyzing the religious and socio-economic circumstances of that time, this talk will show that coins to the ancient Jews were much more than just tools for monetary transactions; they were also otherworldly devices communicating magico-religious assertions. 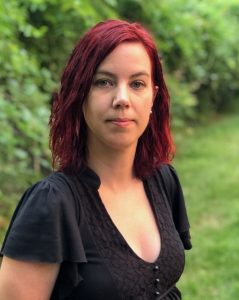 Tine Rassalle is an archaeologist and biblical scholar in the department of Religious Studies at UNC. She holds a BA and MA in Archeology of the Near East from Gent University (Belgium) and a BA in Hebrew and Aramaic Languages and Cultures from Leiden University (the Netherlands). In November, she is scheduled to defend her Ph.D. dissertation at UNC, which focused on coin hoards found in ancient synagogues in Palestine. Her main research areas concern the material culture of ancient Judaism and early Christianity in the eastern Mediterranean, including tempels, synagogues, churches, and other sacred spaces. Tine is the field supervisor of the Horvat Kur excavations in the Galilee, an executive staff member of SASA (Save Ancient Studies Alliance), and an active committee member of ASOR. She served as the Center’s graduate assistant in the 2020-2021 academic year. 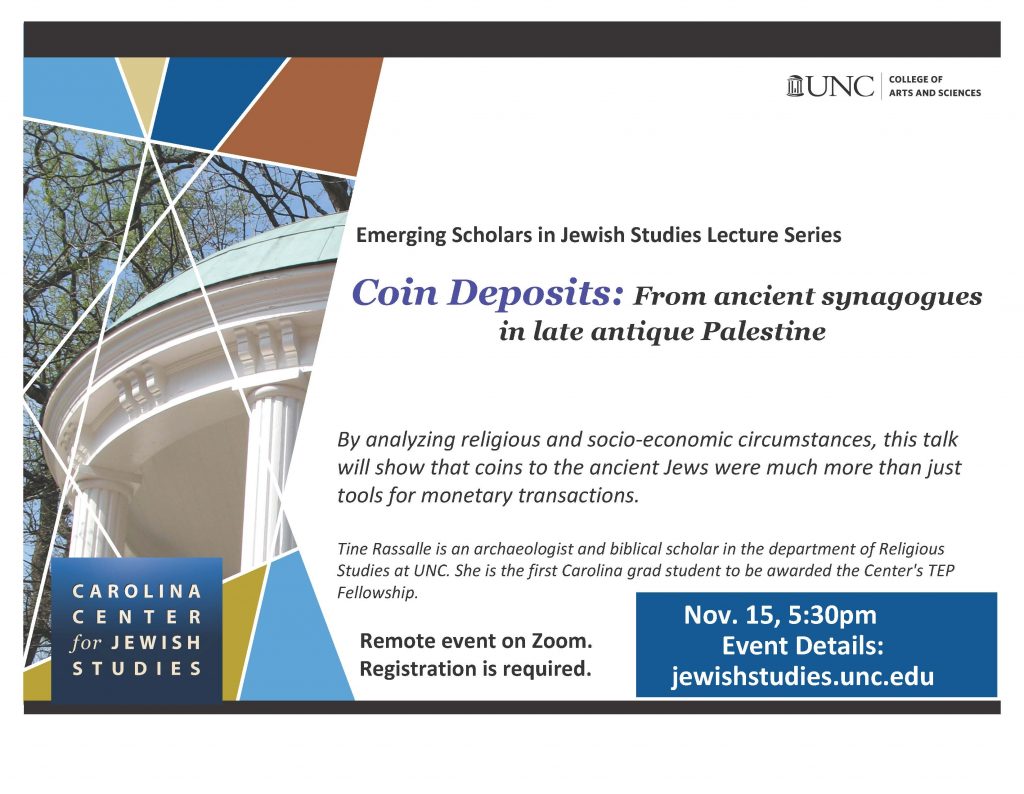