Jonathan Weisman: Antisemitism and the Jewish experience in the South

Antisemitism and the Jewish experience in the South

Please join us for a conversation between author Jonathan Weisman and Ryan Thornburg, UNC School of Media and Journalism, focused on Weisman book, (((Semitism))). The discussion will be followed by a book signing and reception. 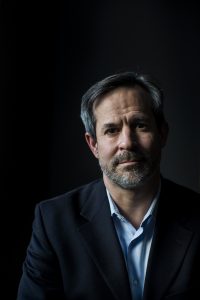 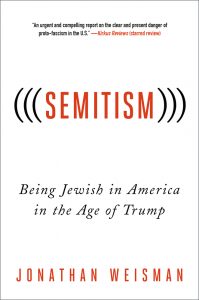 Jonathan Weisman is a Deputy Washington Editor and Congress Editor at The New York Times. He covered Congress, politics and economics for The Times. His journalism career has taken him from The Oakland Tribune to The Baltimore Sun, USA Today, The Washington Post and The Wall Street Journal before he found himself at The Times.

His 2014 novel, No. 4 Imperial Lane, was a Chautauqua Prize finalist, Amazon Best Book of the Month and Great Group Reads Pick at the Women’s National Book Association. His new book, (((Semitism))) is a rumination on the rise of anti-Semitism, racism and hate in the era of Trump, and what should be done to confront it.

Ryan Thornburg is director of the Reese News Lab and teaches classes in data-driven reporting and media economics. With funding from the Knight Foundation, Google and the National Science Foundation he develops tools and techniques that use data to lower the cost and increase the quality of local journalism. He is also a part of the School’s Center for Innovation & Sustainability in Local Media. He is also a faculty mentor in UNC’s Johnston Scholars program and from 2015-17, he was director of the School’s M.A. program. Before joining the School in 2007, Thornburg spent a decade in leadership positions in online newsrooms, mostly working on national and international news at The Washington Post.

This event is co-sponsored by: 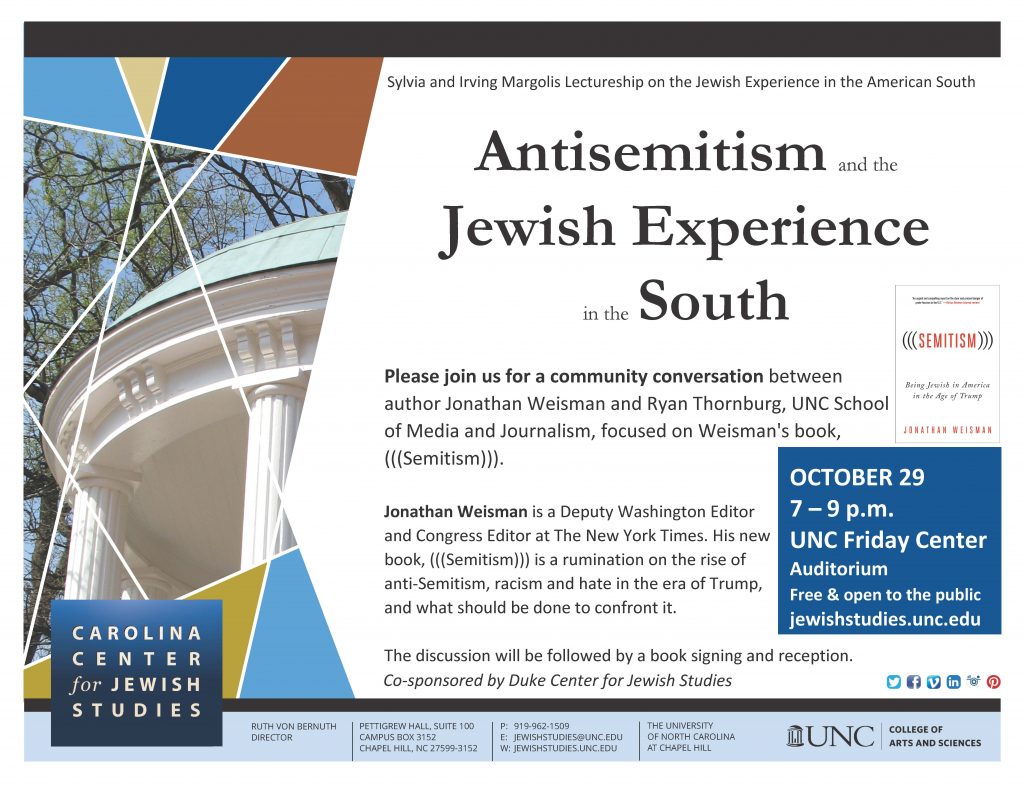