Home / Events / Kaplan-Brauer Lecture: Birds as Dads, Babysitters, and Hats: An “Indistinction” Approach to the Mother Bird Mitzvah in Deuteronomy 22:6-7

Kaplan-Brauer Lecture: Birds as Dads, Babysitters, and Hats: An “Indistinction” Approach to the Mother Bird Mitzvah in Deuteronomy 22:6-7

Birds as Dads, Babysitters, and Hats: An “Indistinction” Approach to the Mother Bird Mitzvah in Deuteronomy 22:6-7

The commandment to send the mother bird from her nest before taking her eggs or chicks, known in Jewish tradition as shiluach hakan, is found in Deuteronomy 22:6-7. This essay addresses dominant perspectives on the mother bird mitzvah – its association with good luck, bad luck, and compassion – before showcasing rabbinic texts from Mishnah and Babylonian Talmud Hullin Chapter 12 that evince interest in birds as ingenious builders, as fathers and not just mothers, as queer parents and altruists, as rebel spirits who resist captivity even unto death and, finally, in birds as co-inhabitants of the earth whose lives are parallel to as well as enmeshed with our own. I offer here a bird-centric approach to the commandment, an effort to read it in a spirit of anti-anthropocentrism, drawing on animal studies scholar Matthew Calarco’s notion of indistinction. 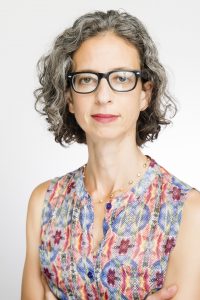 Beth A. Berkowitz is Ingeborg Rennert Chair of Jewish Studies and Professor of Religion in the Department of Religion at Barnard College. She is the author of Execution and Invention: Death Penalty Discourse in Early Rabbinic and Christian Cultures (Oxford University Press, 2006; winner of the Salo Baron Prize for Outstanding First Book in Jewish Studies); Defining Jewish Difference: From Antiquity to the Present (Cambridge University Press, 2012); and Animals and Animality in the Babylonian Talmud (Cambridge University Press, 2018). She is co-editor of Religious Studies and Rabbinics: A Conversation (Routledge, 2017). She has published articles in the Journal for the American Academy of Religion, Journal of Jewish Studies, Jewish Quarterly Review, Journal of Ancient Judaism, Yale Journal of Law and the Humanities, AJS Review, and Biblical Interpretation. Her area of specialization is classical rabbinic literature, and her interests include critical animal studies, Jewish difference, and Bible reception history. She is currently working on a project entitled What Animals Teach Us about Families: A Study of Four Biblical Laws and Their Afterlives that brings together critical kinship and animal studies with vegan perspectives to offer an interpretive history of the four “animal family” laws of the Pentateuch.