Mizrahim and Zionism: A History 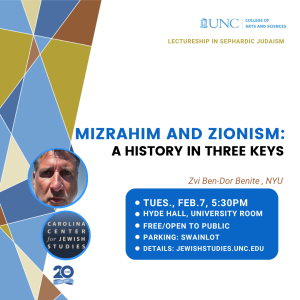 As the recent elections in Israel showed us again, the encounter between European and Middle Eastern (Mizrahi) Jewries in the modern Jewish state has always been tense and politically fraught. Since the later 1970s, it has also been the subject of intense scholarly debate. This talk presents the critical aspects of this debate and discusses one of its least studied dimensions–the possibility, limitations, and uses of Mizrahi history in Israeli politics. This talk will also present early Mizrahi critics of Zionism and its concept of history and discuss their relevance for today. 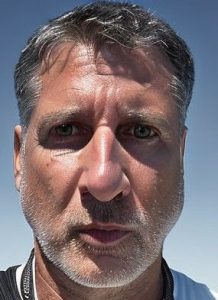 Zvi Ben-Dor Benite is Professor in the Department of History and the Department of Middle Eastern and Islamic Studies at New York University, and (by courtesy) in the Department of Hebrew and Judaic Studies at New York University. He is the author of Dao of Muhammad: A Cultural History of Muslims in Late Imperial China (Harvard, 2005), The Ten Lost Tribes: A World History (Oxford 2009). He is co-editor of Modern Middle Eastern Jewish Thought Writings on Identity, Politics, and Culture (Brandeis, 2013), and of The Scaffolding of Sovereignty: Global and Aesthetic Perspectives on the History of a Concept (Columbia 2018). His new co-edited volume Time and Language: New Sinology and Chinese History is coming out next month with Hawaii University Press.
+ Google Calendar+ Add to iCalendar