This talk will compare and contrast the historical experience of two populations that are separated by vast space and time.

The first population consisted of New Christians, a.k.a. conversos—that is, the Christianized descendants of Iberian Jews.  Throughout the sixteenth and seventeenth centuries, many conversos adopted rabbinic Judaism outside of their Spanish and Portuguese birthplaces, thus becoming “New Jews.” However, most conversos remained (good) Christians in their Catholic homelands, albeit as a persecuted and self-conscious ethnic minority, always laboring under the widespread perception that New Christians were crypto-Jewish subversives by virtue of their “[Judaic] race.”   New Christians—including the New Jews—form the subject of Graizbord’s first book, Souls in Dispute: Converso Identities in Iberia and the Jewish Diaspora, 1580-1700 (2004).

The second population whose experience Prof. Graizbord’s presentation will address is American Jews, especially American Jewish “Millennials” who are not religiously “Orthodox.” These young adults, many of whom have developed pro- or anti-Zionist outlooks, are the subject of Graizbord’s second book, The New Zionists: Young American Jews, Jewish National Identity, and Israel (2020).

In his presentation, Prof. Graizbord will analyze the effects of the rupture between Jewish ethnicity and Jewish “religion” that shaped the lives of both populations.  He will also discuss what the two groups’ respective responses to this rupture tell us about the waxing and waning of Jewish civilization yesterday and today. 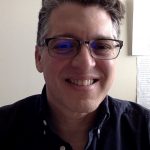 David Graizbord is a historian of early modern and modern Jews. To date his research has focused mostly on the Western Sephardi Diaspora of the seventeenth century. In particular, Graizbord’s writing approaches questions of religious, social, and political identity as these questions shaped the lives of so-called “New Christians” or “conversos” from the Iberian Peninsula who became Jews in exile.  He has also written about Judeophobia and the culture of the Spanish and Portuguese Inquisitions; marginality and dissidence in Jewish and Ibero-Catholic societies of the seventeenth century; ethnicity and religion among Sephardim from medieval times to the 1700s; and converso trading networks in the Atlantic. More recently he has published research on Jewish ethnic identity and Zionism among American Jews. His book, The New Zionists: Young American Jews, Jewish National Identity, and Israel, was issued by Rowman & Littlefield in 2020.  Graizbord teaches undergraduate courses on Jewish civilization, medieval and early modern Jewish history, modern Jewish history, Jewish mysticism (its history and principal phenomena), the Spanish Inquisition, and the history of Antisemitism.  His repertoire of graduate courses–offered primarily to students in the History Department’s Division for Late Medieval and Reformation Studies–focuses on early modern Jewish history and Ibero-Catholic history.  Graizbord serves as Program Leader of the UofA’s faculty-led Summer Study Abroad Program, “Arizona in Israel.” 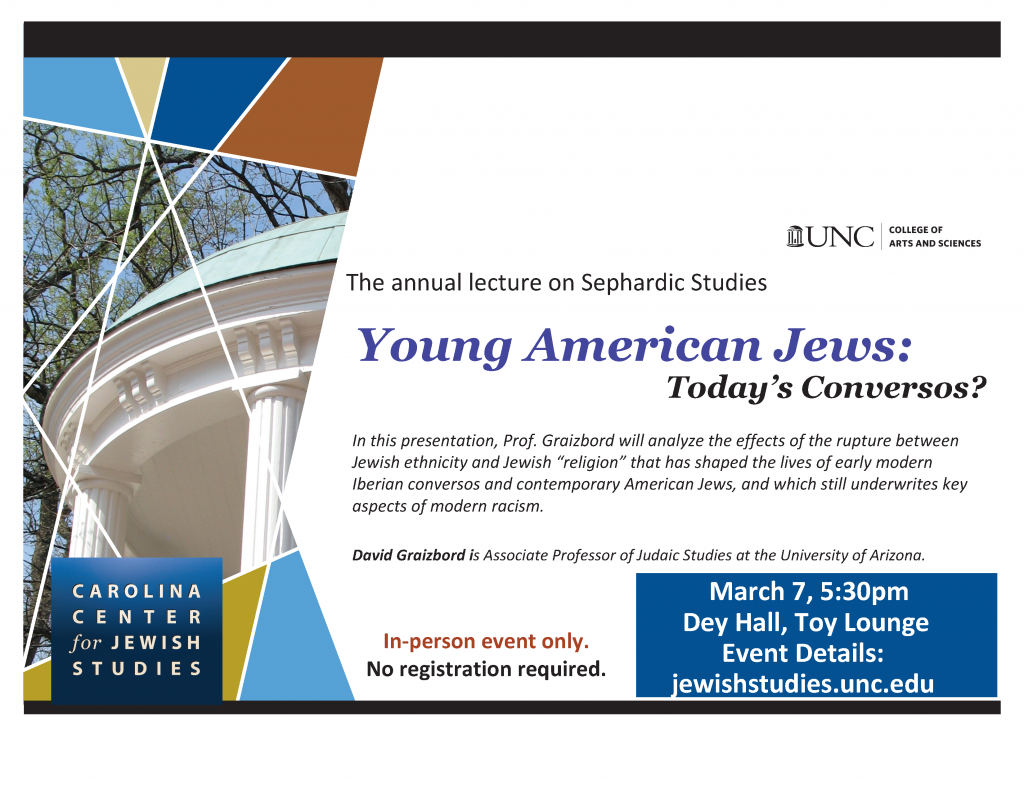