An academic lecture with Edwin Seroussi. 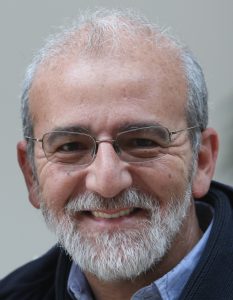 As Sephardic studies develop with great impetus as a new field within American Jewish Studies the question of how musicology participates in them remains open. Surveying the present state of Sephardic music research, this lecture will explore some future prospects in this area of musical inquiry not only in its Jewish contexts but beyond them, in Hispanic and world music perspectives.

This event is free and open to the public, no tickets or reservations required.

Edwin Seroussi is the Emanuel Alexandre Professor of Musicology at The Hebrew University of Jerusalem and Director of the Jewish Music Research Centre since 2000. He has previously taught at the Department of Music of Bar Ilan University and has been a visiting professor at several institutions, such as the University of California at Berkeley, Moscow University, Institut für Mussikwissechaft in Zürich, Universidad de Buenos Aires, Harvard University, University of Chicago and Dartmouth College, where he is a permanent Visiting Scholar.

Born in Montevideo, Uruguay, Prof. Seroussi immigrated to Israel in 1971 where he studied at the Department of Musicology at the undergraduate and graduate levels continuing into his doctoral studies at the University of California Los Angeles (1981-1987). As a faculty member of the Department of Musicology at The Hebrew University, he teaches ethnomusicology, world music, theory and methodology in the study of oral traditions and popular music. Besides his academic activities he is active in the music scene of Israel and abroad in diverse capacities as producer, advisor, member of the board of musical institutions and representative to the International Music Council (UNESCO).

His research focuses on the musical cultures of the Mediterranean and the Middle East, interactions between Jewish and Islamic cultures and popular music in Israel exploring process of hybridization, diaspora, nationalism and transnationalism. He founded Yuval Music Series and is editor of the acclaimed CD series Anthology of Music Traditions in Israel.

Seroussi has been awarded several prestigious prizes, among them the Israel Prize for 2018 in the field of musicology. In 2019 he is a Fellow at the Herbert D. Katz Center for Advance Judaic Studies at the University of Pennsylvania. 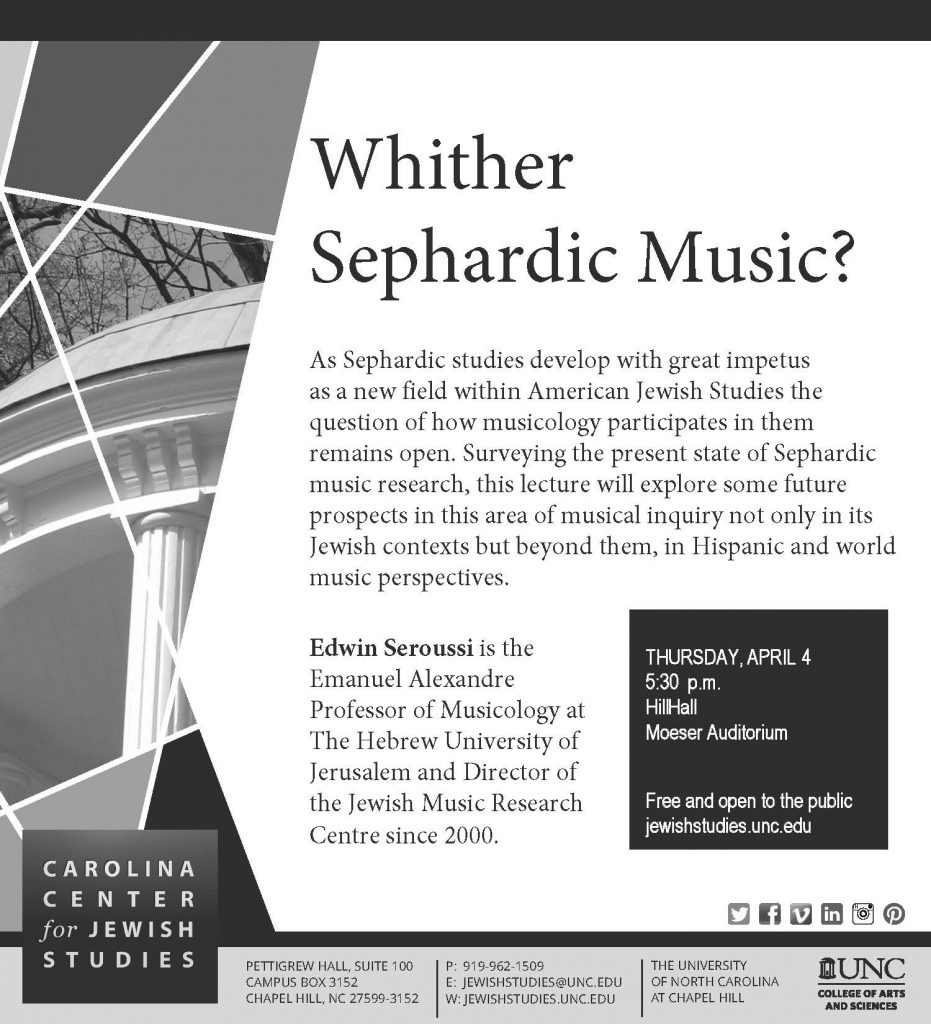