This event, supported by the Uhlman Family Seminar, is currently planned as in-person only.

This lecture considers ancient Jewish engagement with Apollo traditions in texts and material objects that range from the Hellenistic period to Late Antiquity, found in locations across the ancient Mediterranean. It tracks a shared strategy in which writers and artisans adopt imagery or tropes that surround Apollo, but either reassign them to their God or relocate them within spaces devoted to the worship of their God. Attending to the entanglements of Apollo traditions with Roman imperial power and drawing on insights from postcolonial theory, I suggest that we might label this strategy “ambivalent appropriation.” This lecture will examine ambivalent appropriation in the Sibylline Oracles, the works of Philo of Alexandria, and the growing number of Helios zodiacs in Late Antique Jewish synagogues. An ultimate effect of this strategy is to assert the authority of the Jewish God over Apollo, but the means of interaction is more complex than straightforward resistance. 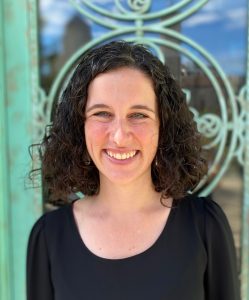 Dr. Olivia Stewart Lester is Assistant Professor of New Testament and Early Christianity at Loyola University Chicago. She is also a Centre for the Study of the Bible Fellow at Oriel College, University of Oxford. Her research focuses on prophecy in Hellenistic Judaism, early Christianity, and the larger ancient Mediterranean. Her first book is entitled Prophetic Rivalry, Gender, and Economics: A Study in Revelation and Sibylline Oracles 4­–5 (Mohr Siebeck, 2018). She is currently working on a monograph on the Sibylline Oracles. Related to this book project, her recent publications and ongoing research examine the relationship between the Sibylline Oracles and pseudepigraphy, apocalyptic historiography, Jewish and Christian iconography, and ancient and modern anti-Judaism.