Melancholic Redemption and the Hopelessness of Hope: From Kafka to Dylan

Pre-registration is required for this free, online Zoom lecture. Pre-registration begins Oct 15th. Sign up on Eventbrite… all “ticketholders” will receive the Zoom link via email a few days prior to the event [and again a couple hours prior to the event]. If you don’t have an email with Zoom instructions by the morning of October 28, please check your junk/spam folder. If you still don’t have an email from Eventbrite, please contact us at jewishstudies@unc.edu. This event features a 30 minute talk followed by a question/answer session.

The Morris, Ida and Alan Heilig Lectureship in Jewish Studies
with Elliot Wolfson, distinguished professor of religion at University of California, Santa Barbara

Melancholic Redemption and the Hopelessness of Hope: From Kafka to Dylan

Since late antiquity, a connection was made between Jews and the psychological state of despondency based, in part, on the link between melancholy and Saturn, and the further association of the Hebrew name of that planet, Shabbetai, and the Jewish Sabbath. This depiction seemingly contradicts the common assumption that Judaism is a life-affirming religion that promotes the obligation to make the mundane holy, an idea enhanced by the prominence that kabbalists ascribe to the need to repair the world, to facilitate tiqqun ha-olam. Many sources could be cited to support the stereotype of the positive outlook fostered by Judaism but one should not lose sight of the fact that the melancholic predisposition of Jews to view the world as a place of hostility and dissension has had important anthropological, cosmological, and theological repercussions. In my lecture, I will focus on the hopelessness of hope imparted by the messianic belief in a future that must be perpetually deferred. Neither pessimism nor optimism seem apposite to categorize the bestowing of hope through its suspension, a pure futurity that would be compromised if the future were ever to abandon its status as that which is always to come. The propensity for this melancholic sense of postponement will be examined in an array of modern Jewish figures from Franz Kafka to Bob Dylan. 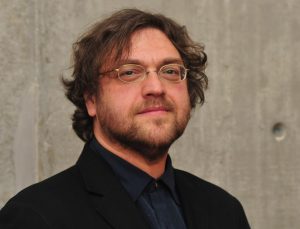 Elliot R. Wolfson, a Fellow of the American Academy of Jewish Research and the American Academy of Arts and Sciences, is the Marsha and Jay Glazer Endowed Chair in Jewish Studies and Distinguished Professor of Religion at University of California, Santa Barbara. He is the author of many publications on the history of Jewish mysticism and philosophy. His most recent publications are The Duplicity of Philosophy’s Shadow: Heidegger, Nazism and the Jewish Other (2018) and Heidegger and Kabbalah: Hidden Gnosis and the Path of Poiesis (2019). 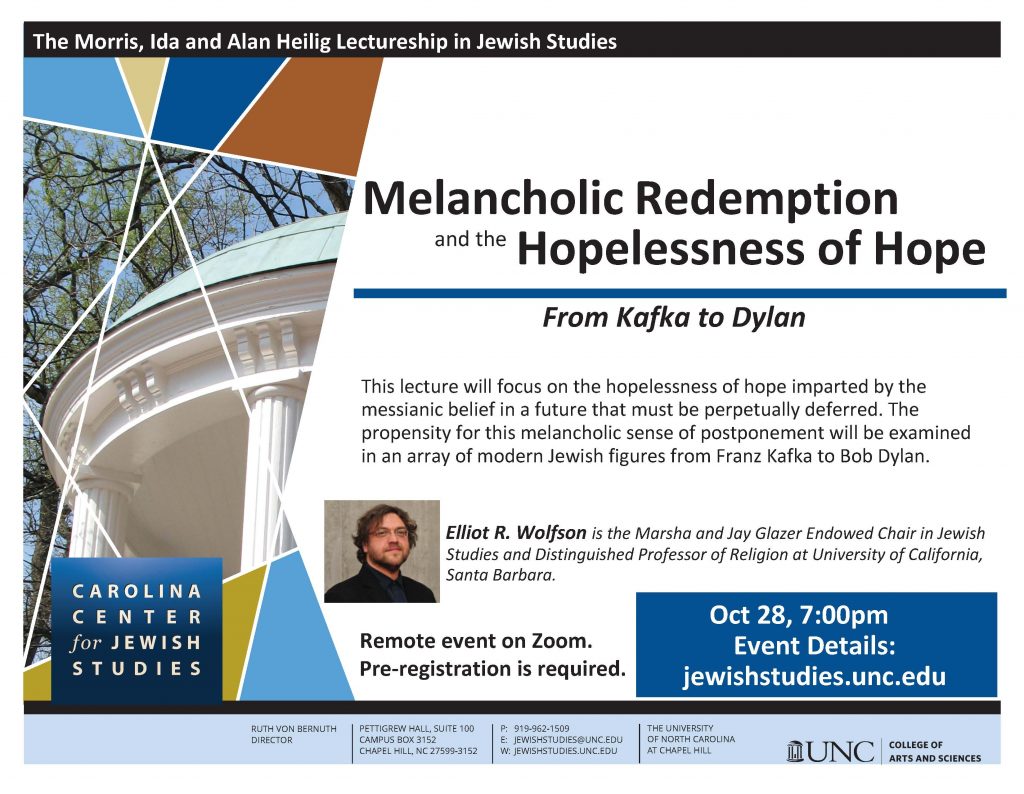