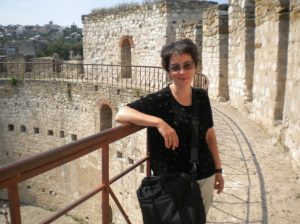 When Anna Kushkova, of St. Petersburg, Russia, arrived at Carolina to begin her Ph.D. program in Anthropology, she already had more than a decade of career experience, much of which was focused on research studies of Jewish communities in Russia, Ukraine and Moldova.

Kushkova has changed her scholarly focus several times during her academic career, having started as a linguist who then moved into the study of literatures and then to ethnography and anthropology. She has studied at six different universities and taught at four institutions in both Russia and the United States.

“I guess I was always intuitively looking for a research field that would include living human experiences rather than written sources only. Anthropology happily combined all my interests,” said Kushkova. “Jewish culture has fascinated me since I was in my teens, yet it didn’t become an academic focus until just a few years ago. In 2005 I became a research fellow for field expeditions studying contemporary Jewish life in small but vibrant Jewish communities.”

At Carolina, she is utilizing both her coursework and her research projects to further explore key aspects of this unique field experience. UNC was on the top of her list when Kushkova was applying for graduate schools in the U.S. “I visited the campus in fall 2009 and immediately fell in love with the place. Everyone I met was extremely friendly and helpful and my faculty advisors revealed to me just how much I could learn at Carolina from the Departments of Anthropology and Religious Studies. The day I received the acceptance letter from UNC was a true holiday for me!”

Now, just a few years later, Kushkova is the second graduate student to be awarded the Silver Fellowship from the Carolina Center for Jewish Studies. The Rhonda A. and Robert Hillel Silver Graduate Fellowship provides funding for Ph.D. students who are nearing the completion of their program of study, and allows students to spend an entire academic year focusing on research and writing for their dissertations.

This year Kushkova is conducting anthropological interviews in Russia, Ukraine and Moldova, seeking to describe Jewish economic practices under socialism, as yet another aspect of Jewish collective identity. Her project will compare how Jews in different environments (e.g. large cities, small provincial towns) with varying sized Jewish populations and unique economic influences functioned under the restrictions and realities of socialism.

“My field research is going to be 14 months long — from early in summer 2013 through the end of summer 2014 — and will take place in several different geographic places. In order to draw valid comparisons, I will need to talk to a large number of people in each of these settings. It is impossible to imagine that a project like this could be done without private support. I am extremely grateful to the Center and the Silver family for providing this crucial support for my research.” 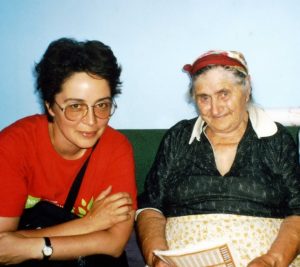 In total, Kushkova plans to record about 60 full-length interviews, plus additional shorter interviews. She conducts the interviews in her native Russian, but she is also fluent in English and German and speaks French, Yiddish and “a sprinkling of other languages, especially Slavic languages,” Kushkova noted.

Once this project and her graduate studies are completed, Kushkova will seek an academic position in the United States. “I hope to find a place which, like Carolina, brings together people of various interests and backgrounds eager to get engaged in cultural, as well as academic, discussions,” added Kushkova.