Remote event via Zoom. Registration will be required.

Between 1881 and 1910 more than 200,000 Jews left the Habsburg province of Galicia, a region that is today divided between southeastern Poland and western Ukraine. No longer living in the places of their childhood, they settled in urban centers, such as in New York’s Lower East Side. In this culturally diverse and densely populated immigrant neighborhood, Galician Jews began to search for new relationships that linked the places they left and the ones where they arrived and settled.

In his talk, Oskar Czendze will take the audience to the streets of New York’s immigrant neighborhood. Specifically, he will discuss to what extent the Yiddish press and the Yiddish theatre, such as in the musical comedy „A Galician Wedding,“ created and mobilized local and regional affiliations throughout the interwar period. What role did regionalism and popular culture play in the daily life of Jewish immigrants in New York? How did, for example, the cultural wars between Galitzianer and Litvak emerge, and what do they tell us about American Jewry after the First World War? 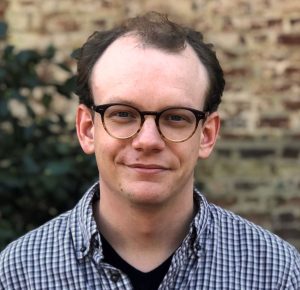 Oskar Czendze is a PhD Candidate in the History Department at the University of North Carolina, Chapel Hill (USA) and a TEP Fellow at the Carolina Center for Jewish Studies. His research interests include the cultural and social history of Jews in East Central Europe, the Jewish immigrant experience in the United States, and Yiddish culture. He is particularly interested in questions of belonging and place in the modern era, memory, and transnationalism. His research has been supported by various institutions, such as the Center for Jewish History in New York and the American Academy for Jewish Research.
+ Google Calendar+ Add to iCalendar